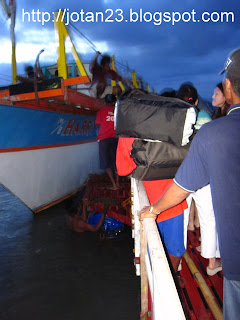 Tip to porter: Php 50
Use of Pagoda: Php 10 per person (Good thing they have already built a makeshift pagoda which acted as a “bridge” for passengers; otherwise, porters would have to carry us on their shoulders to be able to go to the boat.)
TIP: sit near the Captain’s area. That’s the best seat there is!
6:00 AM – Trip from Sabang Port to Guijalo Port.
Boats usually leave every hour after 6AM when the boats are full. Last trip varies from 11AM to 1PM, depending on passenger volume and sea conditions.
Boat Fee: Php 100 per person
8:00 AM – Arrive Caramoan.
Gota Village did not pick us up on time so we had to wait at the terminal. The people there charged us CARAMOAN ENVIRONMENTAL FEE of Php 30 each. We found out too late that if you are going to GOTA VILLAGE, you need NOT pay the Caramoan Environmental Fee. Our driver got really mad at the collector because of that.

After about 30 minutes from the terminal, we finally reached GOTA VILLAGE.
It was absolutely fantastic! We got lucky when our fanatic friend, Alvin Choy, found out that Survivor Sweden has been postponed to shoot in April so we finally got the chance to stay here. Sweet!!! 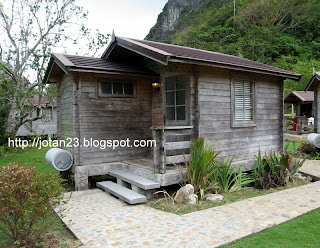 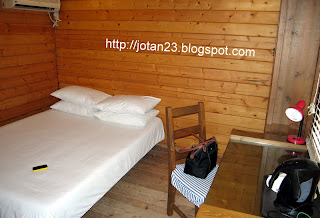 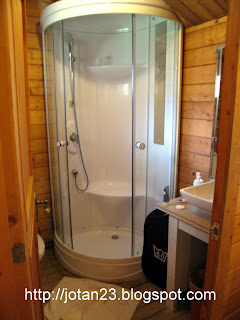 The wooden cabin was wonderful except for the shower area – it was too small! For bigger people, the seat in the shower area would be really useful :p
The MEDIUM CABIN (Php 3,500 per night) was exactly the same as the SMALL WOODEN CABIN of CWC.
Trivia: CWC and GOTA VILLAGE are run by one management so if you would like to book for Gota Village or if you would like to know if they are still open, you may contact CWC directly for details and reservations.
9:40 AM – Visit the remnants of the Tribal Council of Survivor Israel 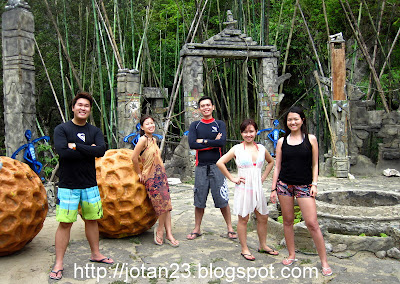 The survivor crew left most of the things they used for the show and we decided to play with them :p 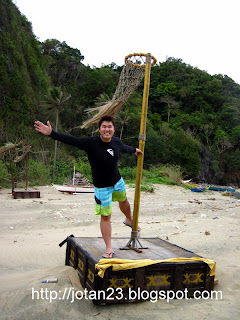 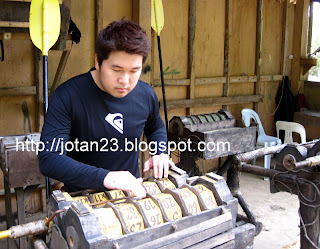 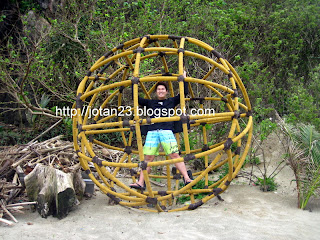 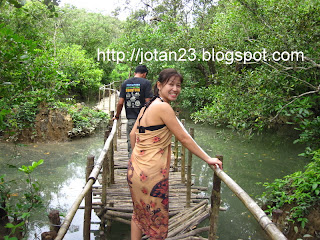 The stilt houses added drama to the place.
10:20 AM – CARAMOAN ISLAND HOPPING (Php 1,700 – max of 7 pax)
Note: You may not get the services from other boatman except thru Gota Village.
First island we visited: LAHOS BEACH 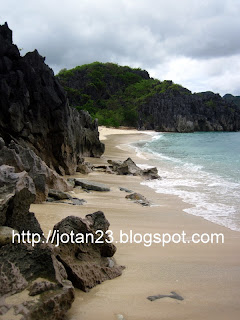 It was a back to back beach.
The sand was not that fine since there were plenty of crushed corals by the shore.
Next stop: MATUKAD BEACH

This beach was friendlier to those who wanted to swim and dip in the water. The waves were tamer and the sand was finer. 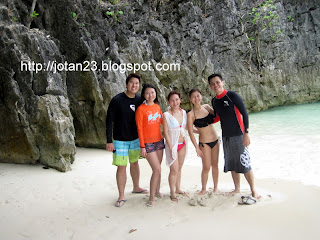 Our boatman was encouraging us to climb the rock formation at the back because there’s a freshwater lagoon on top with one lone fish swimming in it. We did not dare climb it because we did not bring proper footwear. Also, the rocks were really sharp.
Our next stop should have been CAGBALINAD island but our boatman did not bring us there 😦
Third and last stop: HUNONGAN COVE 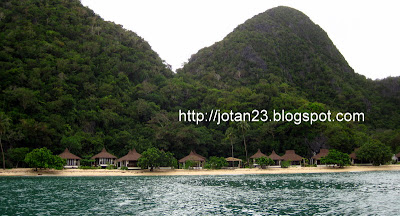 This was one of our top resort choices in Caramoan. They stopped operating when power was lost from the storm. Electricity has not yet resumed until now because the caretaker said that in order to bring back the electricity, it would cost A LOT. I just don’t know how big was A LOT since they couldn’t continue operations for months now. 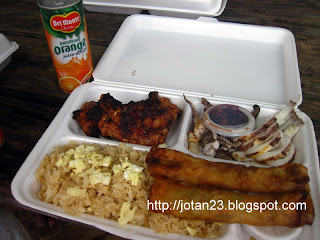 We had our lunch at Hunongan Cove. 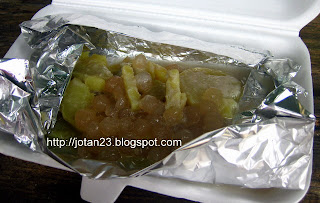 For dessert, we had sweet potato with tapioca (sago) in coconut caramel sauce.
This tasted really weird. It tasted like sweet potato with a ginger sauce.
After lunch, we asked the island’s caretaker if we could take a peep inside the villas: 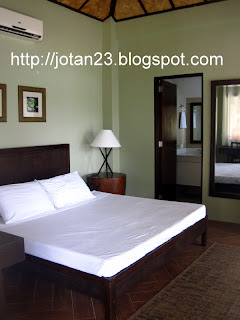 He said that Former President Gloria Macapagal-Arroyo had already stayed in Hunongan Cove. 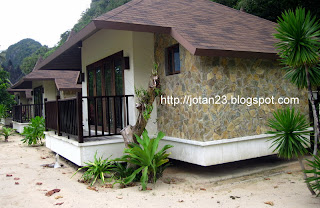 Rates start at Php 7,000 per night.
The villas were really nice but the beach was dirty.
After touring the villas, the caretaker showed us where the Survivor casts partied all night when their teams merged: 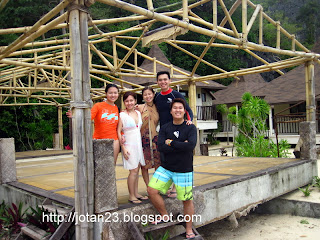 Yep, that was the party place of Survivor Casts.
When we got back to Gota Village, we just couldn’t resist to take some more pictures of their beach. The waves were crazy but the view was breathtaking! 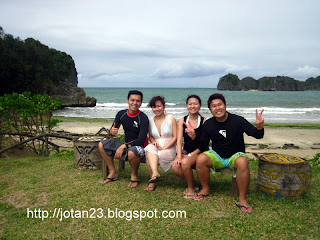 But… even if the wind was super strong, there were still plenty of mosquitoes around so it would be great if you brought an insect repellent or patch.
7:00 PM – DINNER time (Php 300 per pax)
NOTE: Breakfast/Lunch/Dinner were all planned ahead and you cannot order ala carte so you better check the menu first and ask them if you can change certain dishes. That’s what we did. 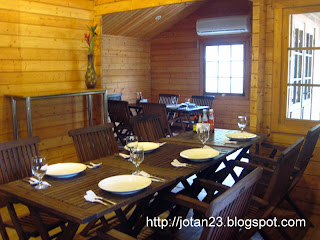 For Dinner, we had fried rice, BICOL EXPRESS instead of the fish steak (which we regretted because their version of bicol express was EXTREMELY salty) 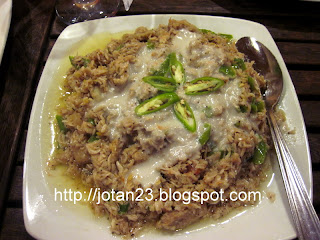 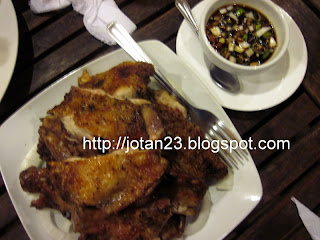 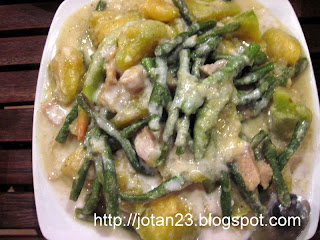 Turon for dessert and Iced tea to drink 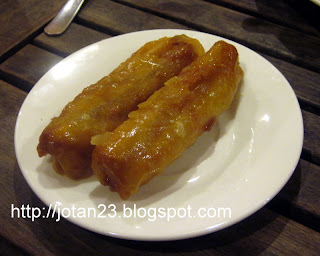 Dinner was okay, not fantastic, but okay 🙂
The Survivor experience was great!!!
and to complete it, we asked the Gota crew to get us COOL Survivor T-shirts, which was supposedly not for sale :p
This was their uniform, by the way 🙂

We got the shirts for Php 300 each 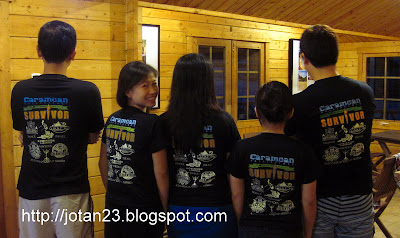 “CARAMOAN was the home of Survivor Sweden, France, Israel, Bulgaria, Serbia and more to come… :-P”
– Ligia May Tankiang
Day One – Wakeboarding at CWC and Fun Time in Lago Del Ray

Day Four – Swim with the Butandings/Whalesharks in Sorsogon / What to do in Legaspi City / Hotel St. Ellis
Day Five/Six – Other Things to do in Legazpi City, Albay

Legaspi For A Day 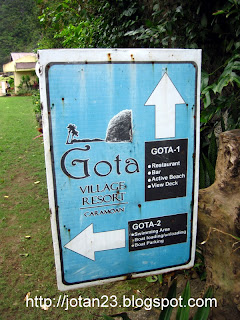